John Gill, President/COO of Citizens Alliance Bank commented that “The key drivers underlying the transaction and bringing these companies together were the cultural and corporate value similarities between the two organizations. The entities are multi-generational, family owned businesses rooted in small communities with deep owner and staff commitment to earning and preserving customer respect and loyalty, providing impeccable customer service and reinvesting in our communities.”

Kyle Goeman was quoted as saying, “This acquisition allows us a great opportunity to expand our existing footprint and customer reach within communities that we know very well. The employees, office location and commitment to the Clara City and Montevideo customers and surrounding community will not change. Customers will continue to experience the benefits of working with a local independent agent, with local decision-making authority and deeply committed to the success and future of their customers and businesses. We want to welcome the former Goeman Agency customers and employees to Citizens Alliance Agency and we look forward to continuing to provide exemplary customer service and a much broader product and service offering which includes leading-edge digital technologies that customers need and desire!”

Citizens Alliance Agency will retain the tagline of Goeman Insurance Agency, “Where Every Policy Comes With An Agent!”. 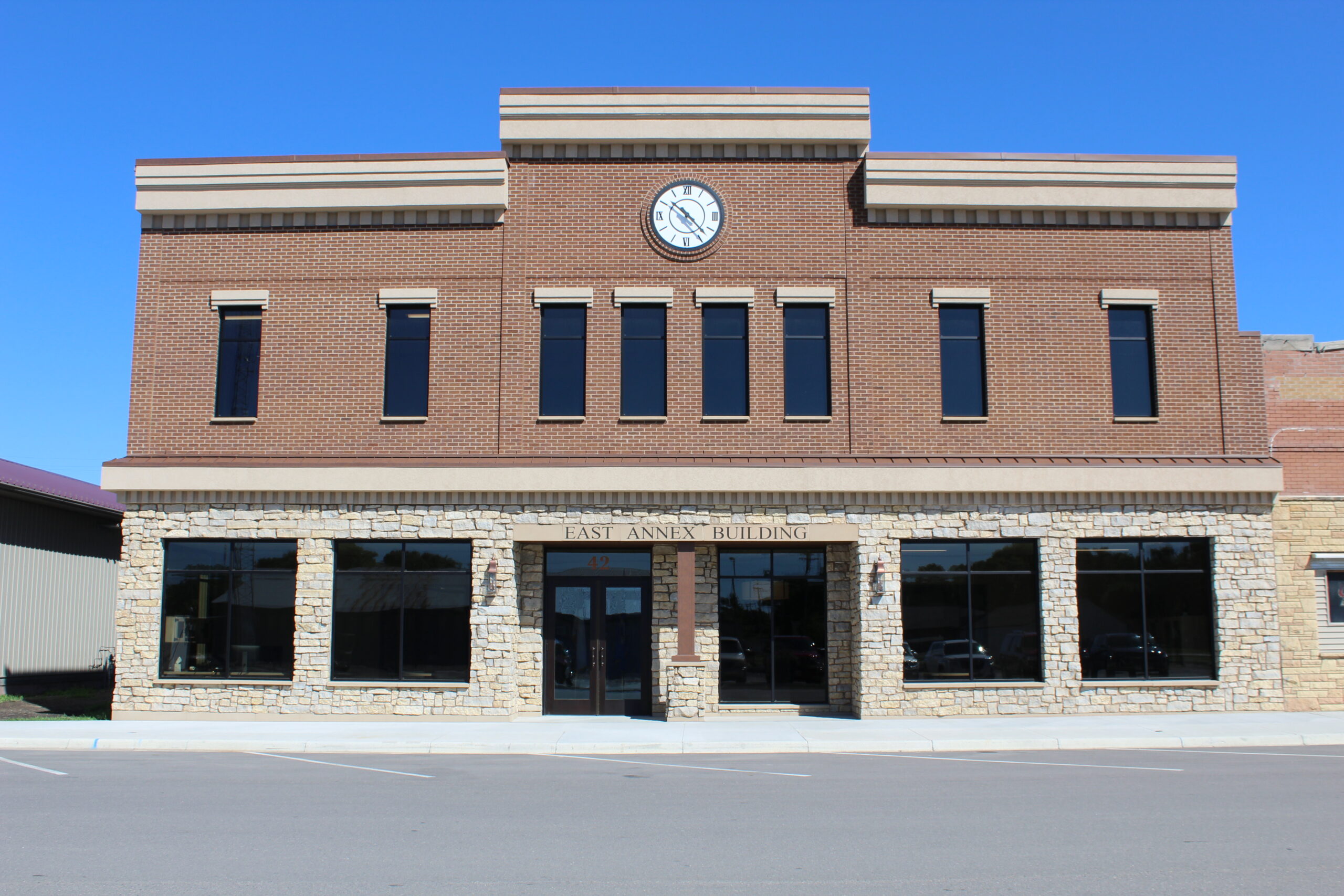 The Clara City, Minnesota branch has expanded its footprint with an additional administrative building. The East Annex Building is a two story, 12,000 square foot building that will house 30 administrative employees. Construction was completed in July 2020 and the landscaping is scheduled to conclude by September 1, 2020. 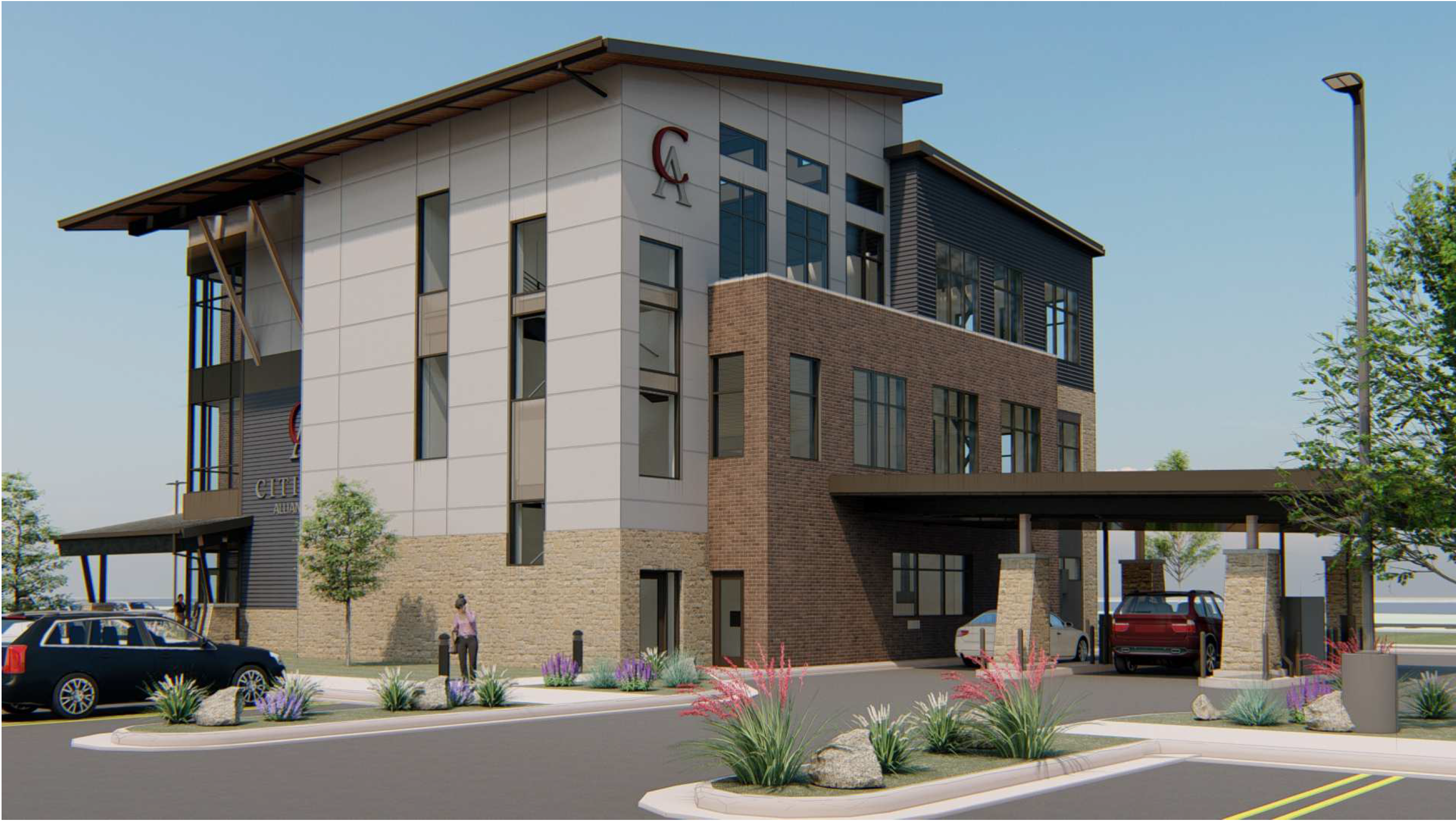 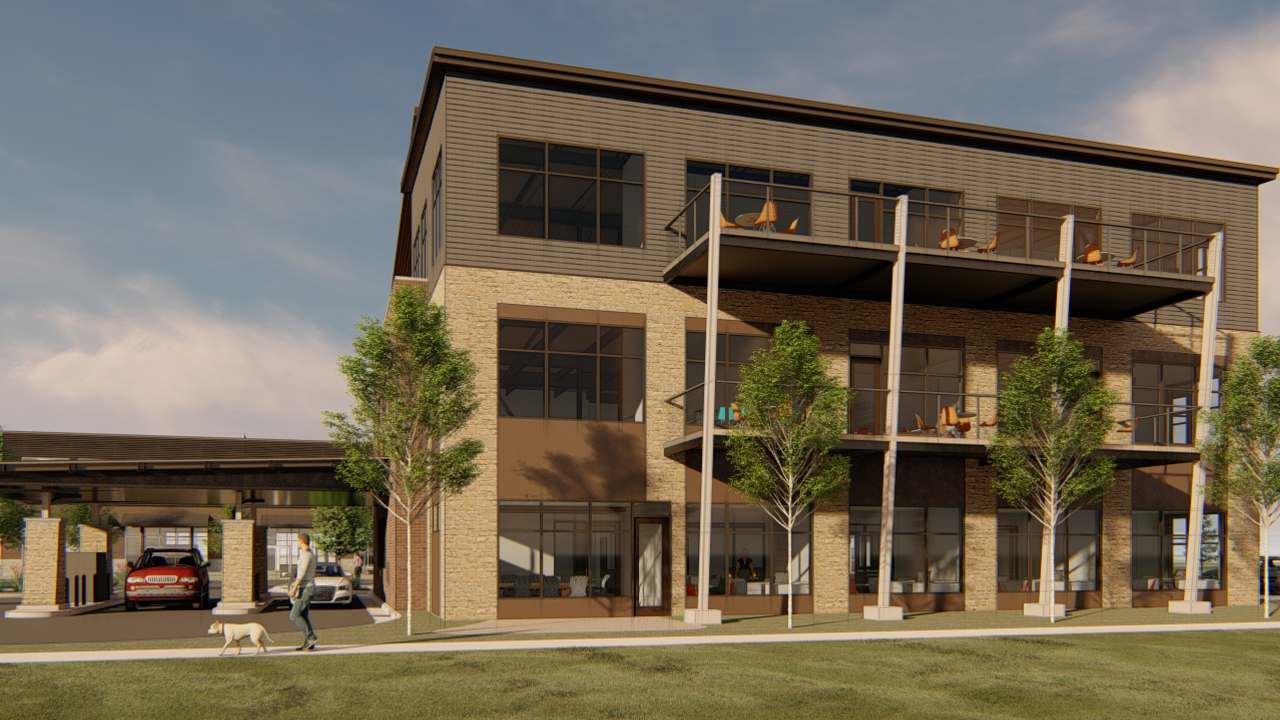 Citizens Alliance Bank is excited to announce the groundbreaking for the construction of our newest full-service branch facility located in the West Bank Landing Development in Great Falls, Montana. The three-story, 18,000 square foot office facility was designed by LPW Architecture and the general contractor leading the project is Sletten Construction, Inc. The plan is for Citizens Alliance Bank to occupy the first floor and a portion of the second floor, with the remaining space on the second floor and the entire third floor available for tenant lease availability. This building site represents prime office space with beautiful views of the Missouri River. Please contact Ryan Fritz, Montana Market Manager, at (406)403-7462 regarding any interest in tenant lease availability. Construction and landscaping are scheduled to conclude by October 31, 2021.

The Lincoln, Montana branch is expanding its footprint by approximately 1,900 square feet to accommodate four additional offices, storage, mechanical and other amenities to help support our growing business. Completion of the Lincoln addition including landscaping is set for September 1, 2020.

Go green and enroll in e-statements and e-notices today! For step by step instructions click here.

Our Howard Lake and Watertown branches are proud to team up with other local community banks in the COVID-19 Relief Fund campaign! 100% of the proceeds go back into the local communities. To donate, visit www.delanolorettouw.org or mail a check to Delano Loretto Area United Way at the address listed below.

Citizens Alliance Bank is excited to announce the June 25 groundbreaking for construction of the full-service branch facility in Great Falls. Construction is slated to be complete May 2021. The three-story, 18,000 square foot office facility was designed by Janet Forstrom with LPW Architecture as the architect, and Sletten Construction, Inc. leading the project. The building will have lease space available on the second and third floors with great views of the Missouri River from its West Bank location.

Chartered in 1902, Citizens Alliance Bank has proudly served its Minnesota customers in nine communities, while expanding its footprint to Montana in 1998 after acquiring First Valley Bank in Seeley Lake. The Bank subsequently acquired First Bank of Lincoln in 2013, and then opened its first Loan Production Office in Great Falls in 2017, which subsequently was converted into a full-service branch in 2018.

Now, Citizens Alliance Bank is grateful for the opportunity to further serve its Montana customers. The Great Falls location will be led by Senior Vice President/Montana Market Manager, Ryan Fritz, who was born and raised in Great Falls. Citizens Alliance Bank is a true community Bank with local decision makers and employees. With an asset size in excess of $900 million, resources are available to take on large and sophisticated customers and projects, but efficient enough to not sacrifice service and our value for the individual customer relationship.

Our new East Annex Building (42 W Center Avenue; Clara City, MN 56222) now has two electric car charging stations located in the back of the building that are available to the public 24/7. In order to use the station(s), the electric car owner will need to download the app (SemaConnect) and build their account information which must include a credit card number. Electric car owners can also acquire a free card where the car charging company has the driver’s information stored. Currently, the charge rate is $1.00 per hour and batteries are recharged at a rate of 23 miles per one hour of charging.

Exciting News! We recently installed a new multi-function ATM at our Sacred Heart branch located at 200 W Maple Street. This ATM is available 24/7 in the drive-up lane for all of your fast cash needs! Come and visit us soon!